0333 300 3250 CONTACT US
TwitterFacebookInstagramLinkedIn
Search News
Archives
About Us
Workflo Solutions is a leading supplier of network photocopy, print and scan technology. 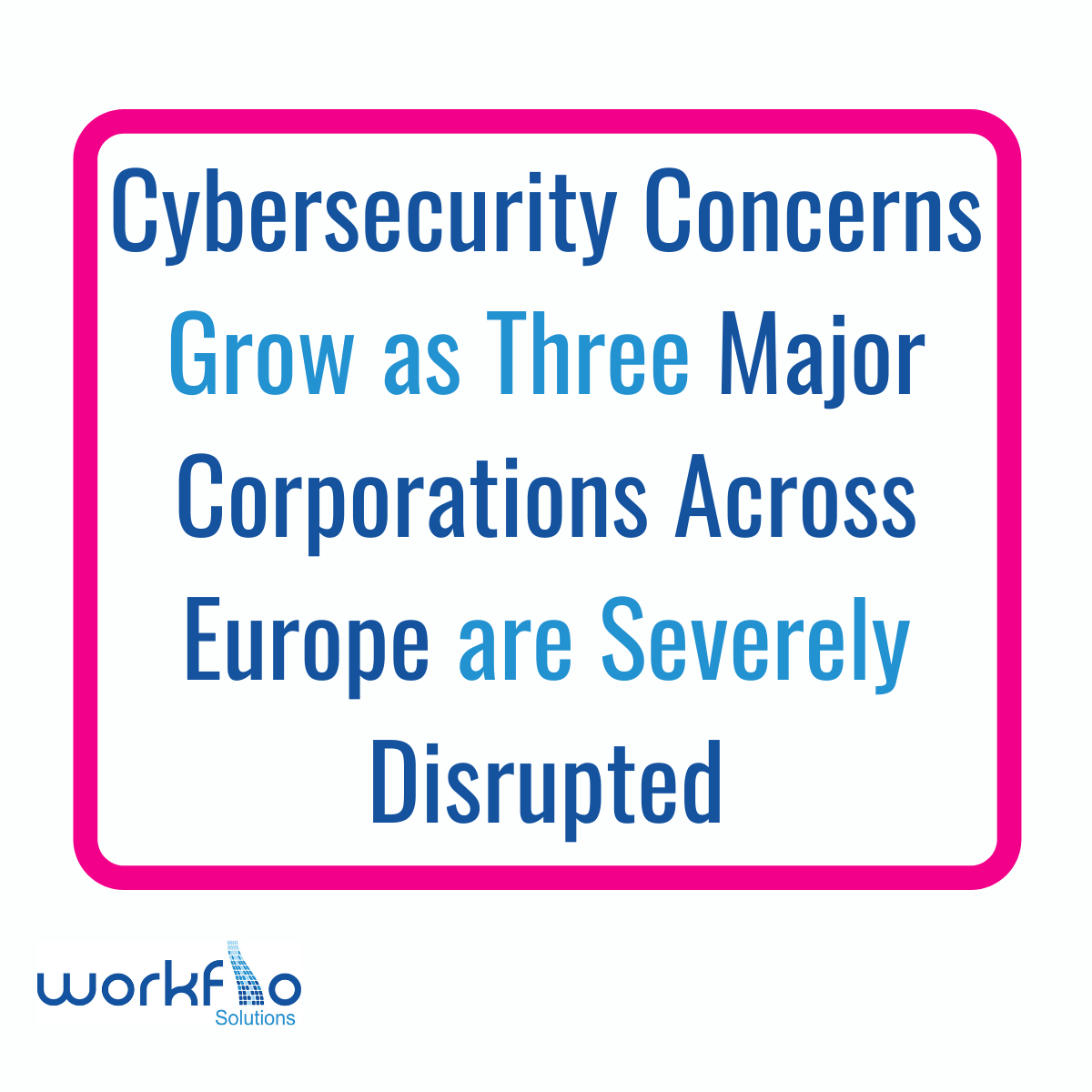 Ransomware attacks increase as cyber security concerns are have grown at an accelerated rate since the start of the pandemic. Since then cyber breaches continue to bring multiple businesses to a grinding halt due to, in some part employees clicking on phishing emails or falling victim to the multiple ways in which cybercriminals can gain access to corporate networks. It makes sense that responding not only quickly but in a well thought out way would make all the difference, having an up-to-date plan that has been practiced is essential. Last year 47% of organisations did have an appropriate plan in place when it came to their cybersecurity.

The BBC reported that cyber disruptions have swept multiple oil transport and storage companies across Europe. The IT systems of Belgium company SEA-Invest, Evos in the Netherlands, and Oiltanking in Germany are all battling a major cyber security breach.

With all three of the companies’ IT systems not operational or severely impacted, it is thought that dozens of terminals responsible for oil storage and transportation have been negatively impacted on a global scale, with the firms making these attacks known over the weekend.

On Sunday a spokesperson for SEA-Tank issued a statement saying that all ports run by the company across Africa and Europe have been affected.

Similarly, Evos in the Netherlands stated that their IT services at terminals across Malta, Ghent, and Terneuzen, are experiencing delays.

While last Monday Oiltanking made public that they had been hacked, and are being forced to operate on a limited capacity basis while they fully investigate the incident.

The BBC also reported that some reports surrounding the Oiltanking hack are saying that ransomware was the reason for the cybersecurity breach.

As these attacks come after the Colonial Pipeline disruption last year, cybersecurity experts have issued a warning about making any assumptions that these three recent attacks are a coordinated effort to bring disruption to the European energy sector.

There are some kinds of malware that scoop up emails and contact lists that are used to spam harmful attachments and links. Unfortunately, this means that companies in similar sectors and locations could be more susceptible to cyber breaches and can be hit rapidly.

Concerned about the rapid increase in cybersecurity breaches? Click here to for a quick guide on cyber security basics.

Have you adapted your approach to cybersecurity for 2022, Workflo Solutions can help.

What your business needs to know about BYOD

Remote working and a demand for flexible working are on the rise, it looks as…

Behind The Scenes With David